Businessman and investor Andreas Pylarinos was born on April 14th, 1977 in Burnaby, BC. From a very young age, Andreas began developing crucial decision-making skills. He is the son of an old-fashioned entrepreneur who preferred to live in the moment instead of planning for the future. Although much of his childhood was spent working on his father's inventions and ideas, Andreas' greatest joy in life was working with his hands.  Every day, the young Andreas had to make decisions with major positive and negative repercussions. The valuable experiences he gained in his youth shaped him into the success he is today. Later, he went on to realize his potential in the business world. He learned never to regret his experiences and to overcome his fear of standing on his own two feet. Andreas always looked ahead at what he would attain. At the age of 18, he managed his family's manufacturing construction products business in the city of Vancouver, BC. Handling sales, staff, and business overheads quickly shaped him into a young man who was ready to follow his destiny and lead his own army. 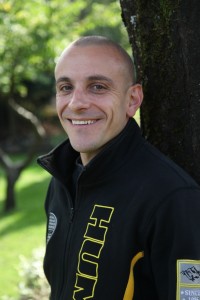 At the age of 24, Andreas' life took a turn. He took an opportunity to leave his family's business and travel to Europe to chase a long-time dream - soccer. Some would say that Andreas is most happy on a field with ten other players who share his passion. However, when he arrived in Europe, he realized that soccer was not the opportunity he had expected. And, although he loved the sport, he realized that it wasn't the path for him. But, it was there in Athens, Greece that Andreas' life changed. He discovered what he would do with his life, and who he would become. From that moment on, Andreas never looked back. He surged back into the business world. Returning home later that year, he enrolled in college and devoted six years to completing a major in Business Administration with a concentration in Finance, followed by an extended Minor in Economics. During this period, his hard work began to pay off. He met his lovely wife, Lindsey,with whom he shares the joy of raising two beautiful young girls, Alexa and Kaylee. His career also began to take off. Andreas began a high-end renovation company. Confident in his capabilities, he focused on a select niche of clients who valued reliability and hard work.

With this thriving business, Andreas took his cash flow to the next level. Andreas was also mentored by some of the greatest real estate owners in Vancouver. He listened to their advice and implemented it well. Andreas soon accumulated multiple properties and used his construction skills to turn them into valuable rental properties. In this way, he added another resource to his portfolio of investments. Andreas' is committed to diversifying his portfolio and empowering himself. He never limits himself to one skill set.  He has spent endless nights studying stocks, markets, bonds, mutual funds, and other financial instruments to augment his expertise in real estate. Soon enough, a once weak and unconfident young boy was grown - and beginning to turn heads. Although Andreas enjoys the freedom of anonymity, he has no problem sharing his knowledge to help others reach heights they never expected. Andreas will never admit that something cannot be achieved. Instead, he asks, "When it will be achieved?" Over the last few years, Andreas has focused on his family life, learning to strike a balance between success in business and success at home. In an effort to be the best father and husband possible, he once again put himself out of his comfort zone and explored the online business world. And sure enough - it happened again.

The drive and motivation that led to Andreas' previous successes has served him well in the online marketplace. Helping others achieve their goals and dreams has shaped Andreas' life in an entirely new way - a dimension one can hardly imagine. Andreas always commits himself ten percent more than anyone expects or demands. Why? He would say this, "Because success stems from failure, and failure gives us assets for the future. However, assets only become valuable once we learn how to use them. Today, I use all of my assets to achieve the ultimate goal: helping others achieve theirs!"